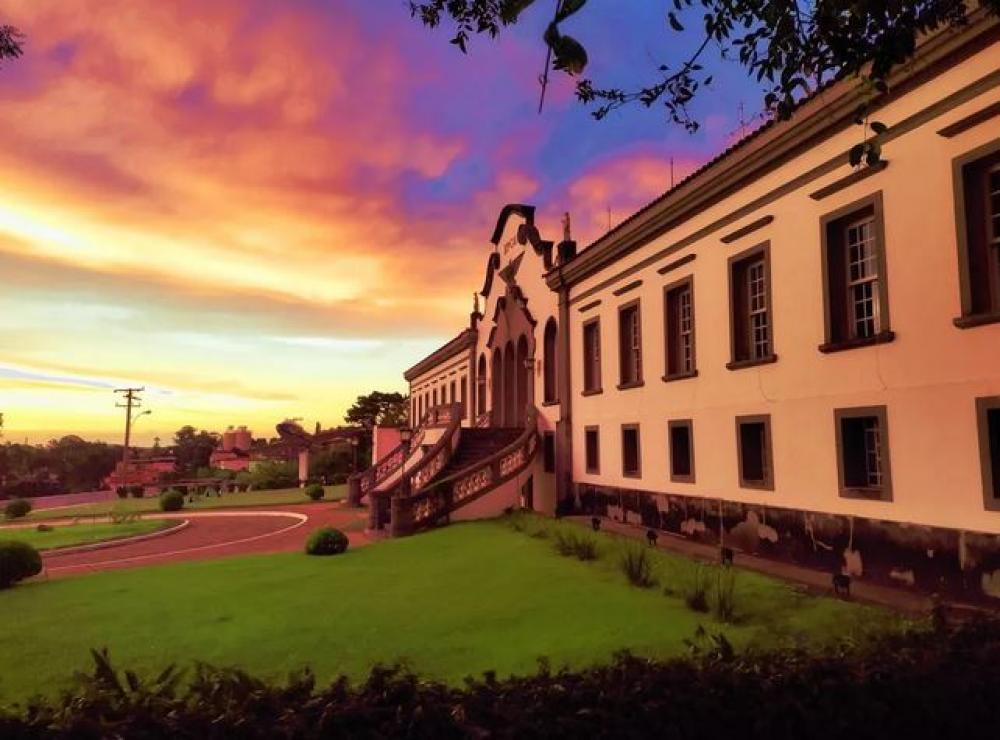 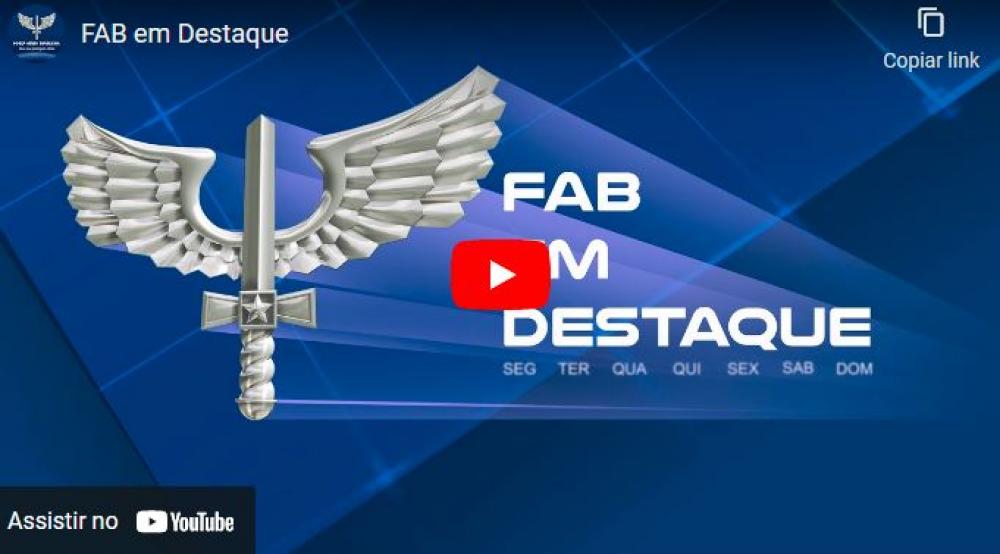 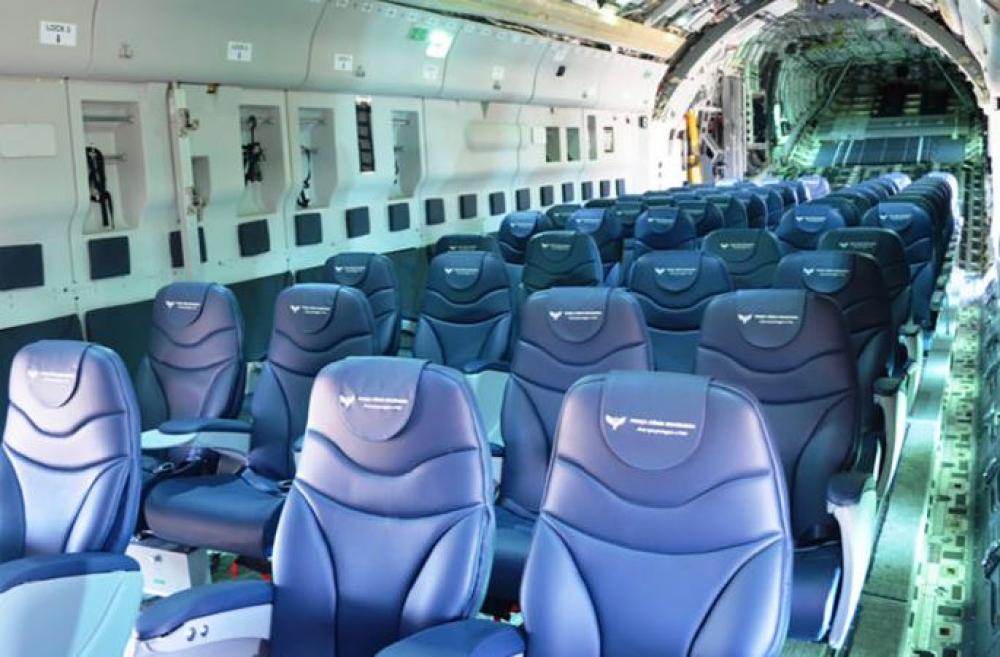 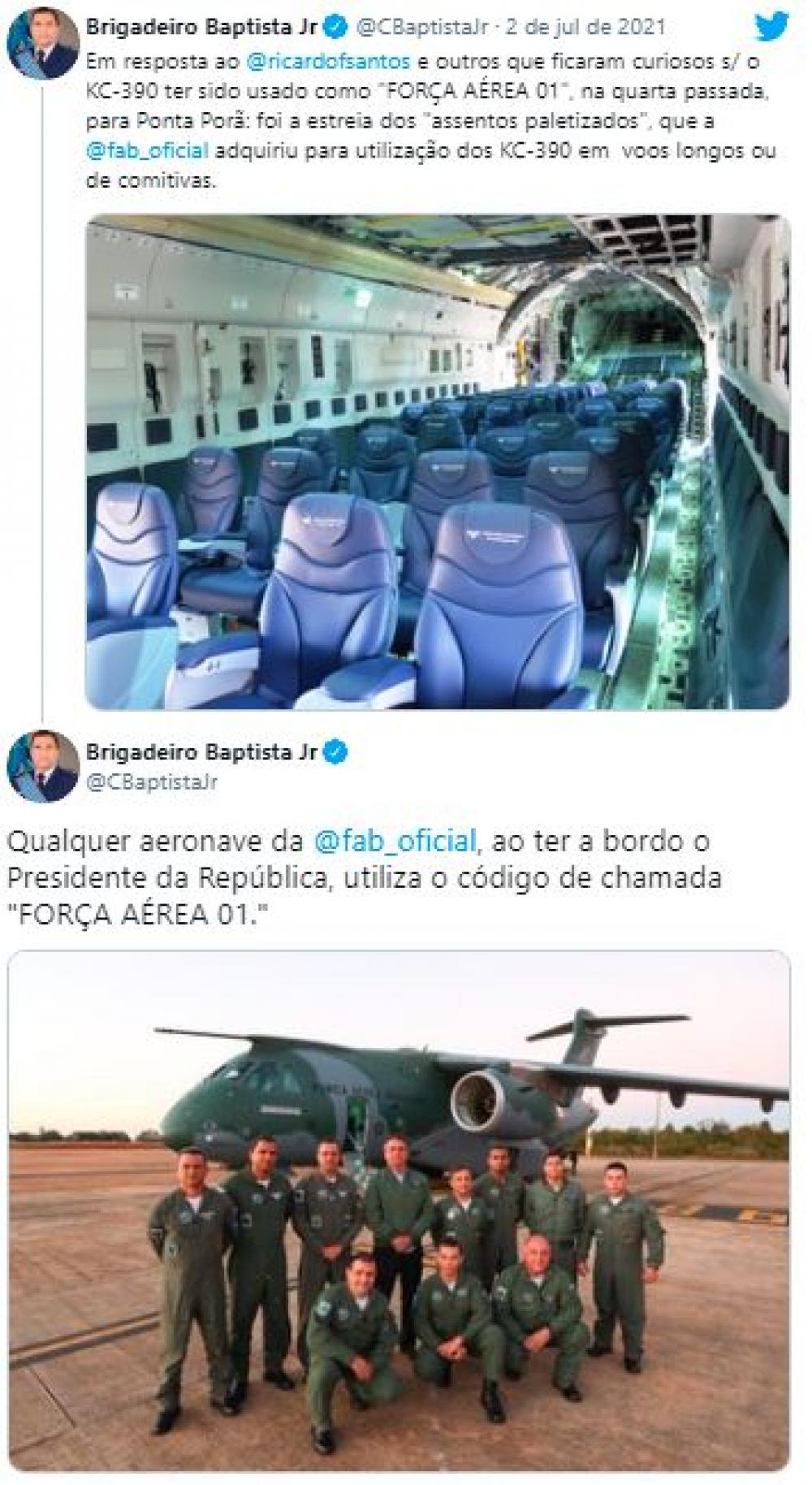 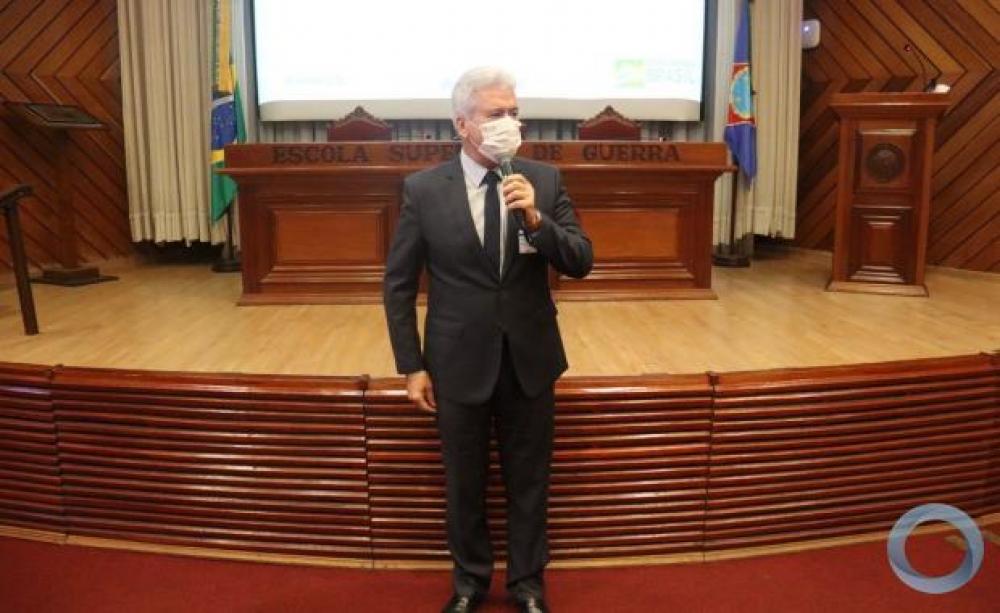 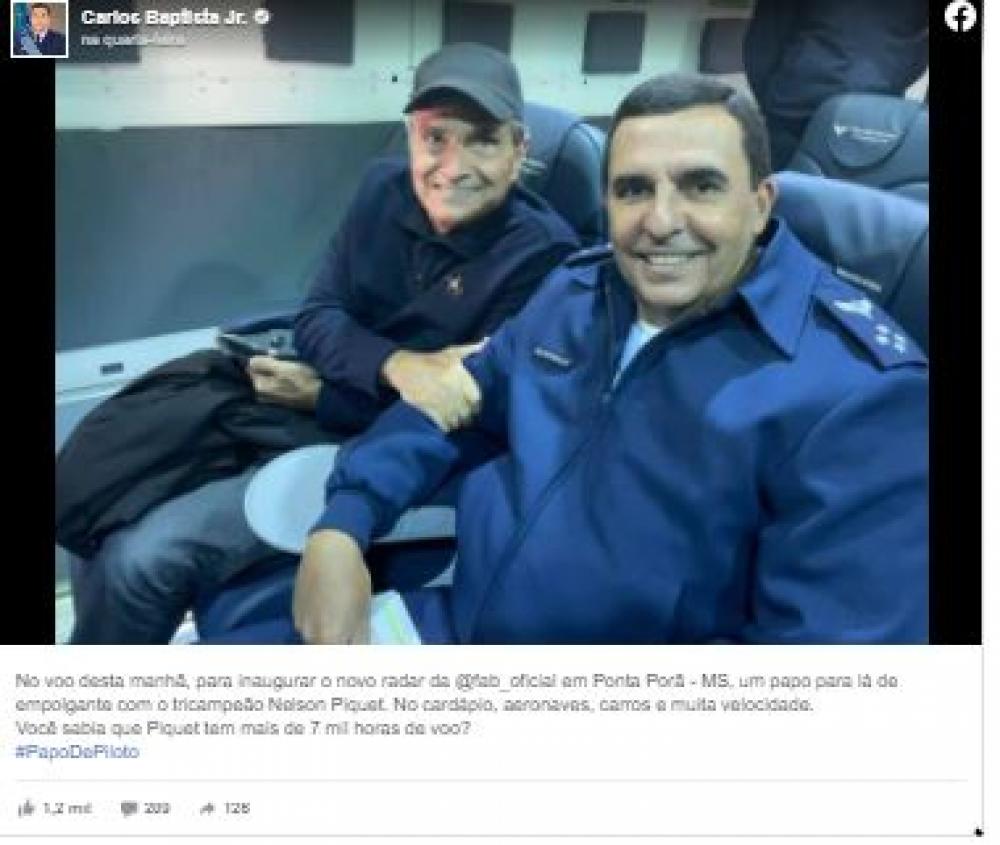 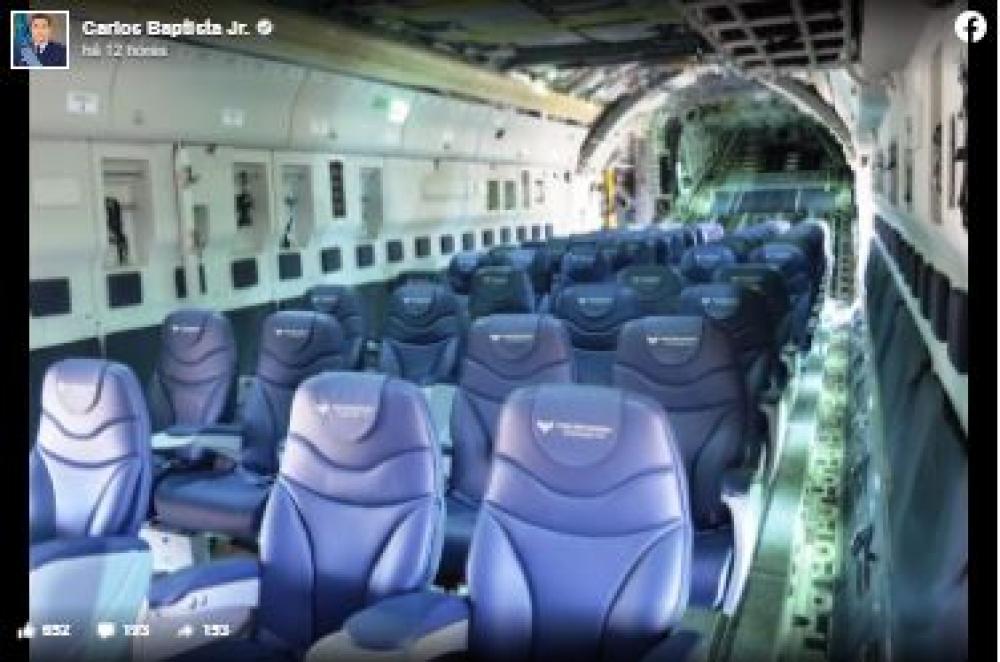 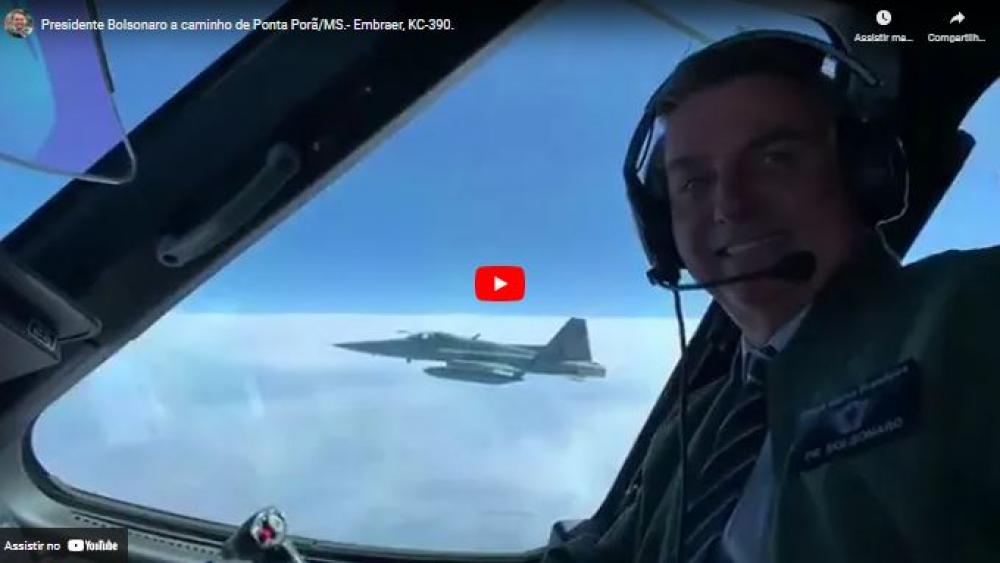 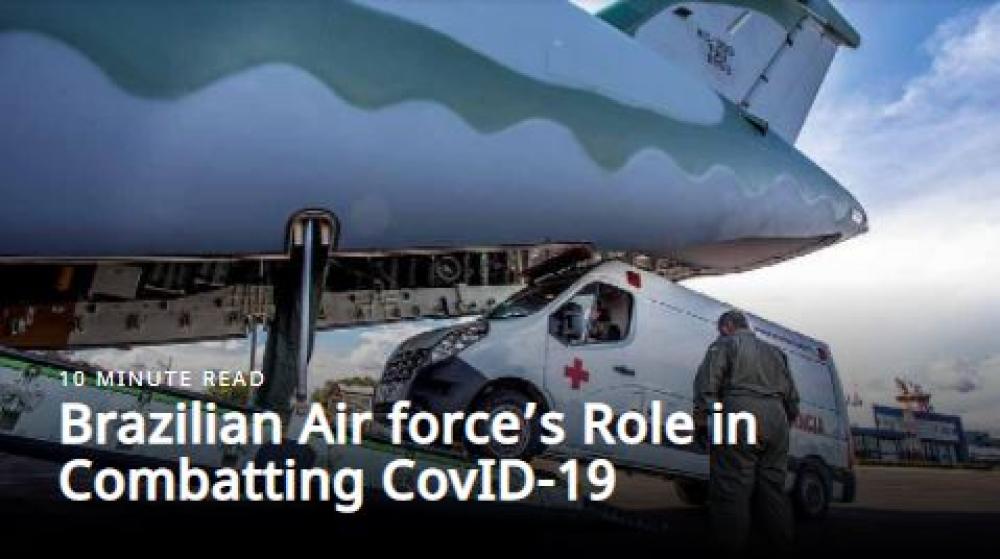 The Brazilian Air Force which in Portuguese language is called Força Aérea Brasileira (FAB), was raised in the year 1941 as an independent entity when the air elements that were existing at that time as a part of the Army and the Navy of Brazil, were merged into a single military force. This new entity was initially christened as National Air Force and later renamed as FAB.

BRAZIL AS A NATION
Brazil, formally known as the Federative Republic of Brazil, is the fifth largest nation in the world and it is the largest among the countries in the South American Continent as well as in Latin America. The nation covers an area of nearly nine million square kilometres and has a population of over 211 million. It has a 7,400 km coastline along the Atlantic Ocean and has common border with every country in South America except for Chile and Ecuador. Brazil was added to the map of the world during the great European explorations in the late 15th century led by Portugal and Spain. Fortunately, today, unlike India, Brazil does not face the problems arising out of being surrounded by nations that are inimical or hostile. The armed forces of the nation thus do not face a perpetual challenge to national security from neighbouring countries as is the case with India.

BRAZILIAN AIR FORCE
Soon after its formation, the Brazilian Air Force was involved in the Second World War and made a significant contribution initially on the Italian front as part of the allied forces and later in other sectors. During the Cold War, Brazil was allied with the United States (US) and the North Atlantic Treaty Organisation (NATO). On its own, the Brazilian Air Force carried out operations against Maoist guerrilla groups in the region and later in the war in Falklands. However, operations by the Brazilian Air Force have been focused largely on logistic missions as part of Allied forces during the Italian campaign and on undertaking missions from the United Nations (UN).

AIRCRAFT WITH THE BRAZILIAN AIR FORCE
Over the years, backed by a well developed, highly dynamic and growing aerospace and defence industry of the nation, the Brazilian Air Force today, is equipped with a variety of platforms including a range of combat aircraft, transport platforms and helicopters. Some of the platforms currently in service with the Brazilian Air Force include a few acquired from foreign sources. The transport and helicopter fleets of the Brazilian Air Force that have been in focus for their role in the battle against the COVID-19 Pandemic, today consist of a mix of foreign and indigenously produced platforms. The fleet of transport aircraft acquired from foreign sources not for use by VIPs, but for military transport roles, include the fourengine Lockheed Martin C-130 Hercules tactical transport aircraft and the Cessna 208 light-weight turboprop aircraft, both from the US. The remaining aircraft in the utility transport fleet consist of platforms produced by Embraer, a major player in the aerospace industry of Brazil. These platforms include the newly developed Embraer C-390, a medium size, high wing, tactical transport aircraft powered by two jet engines as also a series of twin-engine utility transport aircraft namely the Embraer 100, 110, 120 and the latest Embraer 190. The rotary wing fleet that can be utilised for undertaking non-VIP transport support missions, include the Eurocopter 135 procured from France and the Sikorsky UH-60 procured from the US. 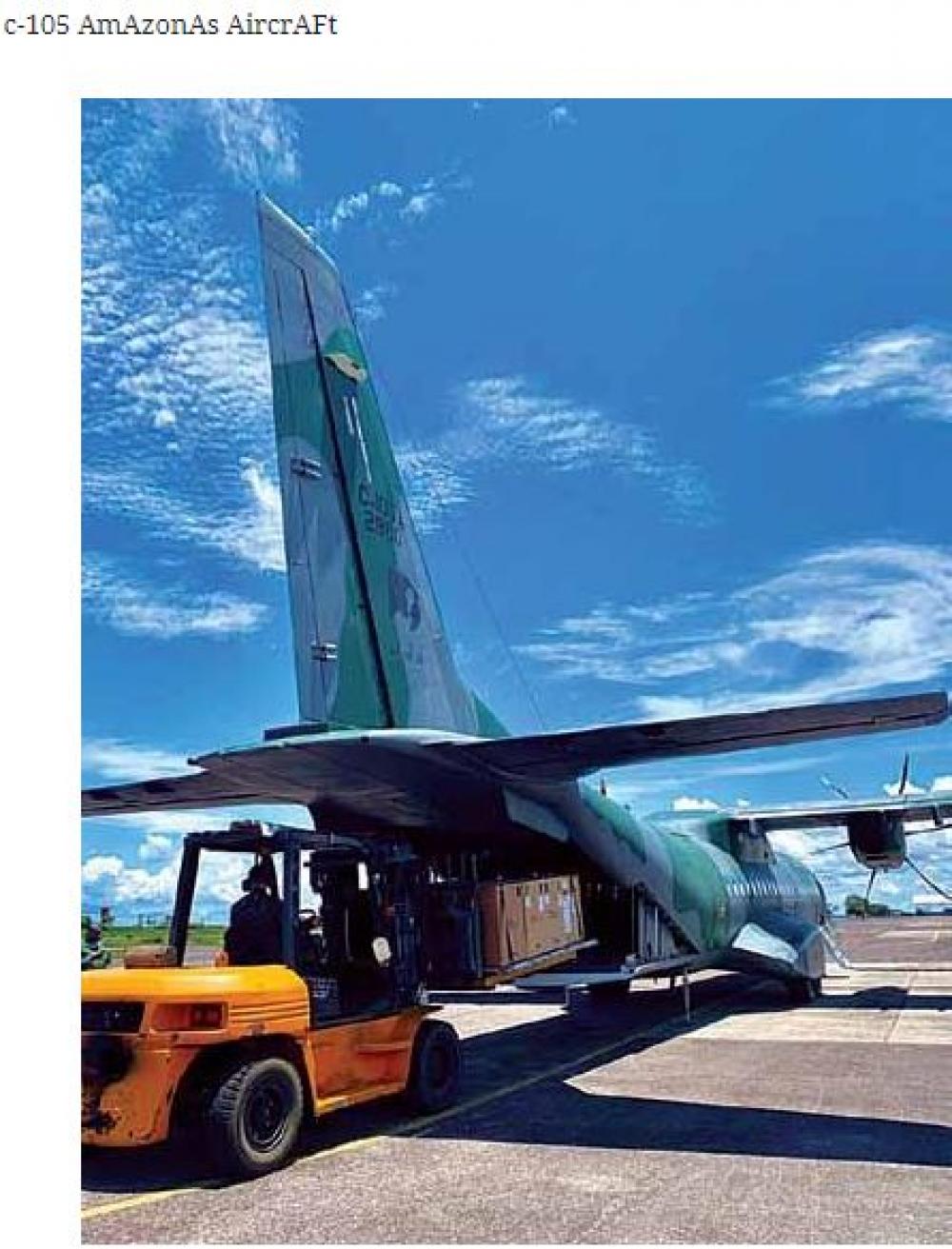 BATTLING THE COVID-19 PANDEMIC
The aim that the Brazilian Air Force has set for itself is to ensure the sovereignty of national airspace and to be prepared to defend the homeland against any threat in any form to national security. It was only an expected and an appropriate response by the Brazilian Air Force to come forward and join hands with other agencies in support of the battle against a new type of invisible enemy by way of the COVID-19 Pandemic that had become a serious threat to the well being of the nation itself. On its part, the nation too expected its armed forces including the air arm, to play a

During the COVID-19 Pandemic, in operations beyond the routine for two months, the Brazilian Air Force flew over 500 hours transporting 250 tonnes of cargo
c-105 AmAzonAs AircrAFt

BRAZILIAN AIR FORCE AND COVID-19
On March 20, 2020, the Brazilian Ministry of Defense activated the Joint operations center to coordinate and plan the role of the Armed Forces in combatting the covid-19 pandemic. ten Joint commands were also activated, covering the entire national territory in addition to the Aerospace command (comAe), which is permanently operational. the first mission of the brazilian Air Force (FAb) was even before, in February 2020, when two vc-2 aircraft was sent to rescue 34 brazilians in china, the epicenter of the pandemic, in support of operation return to the homeland. in January 2021, when was registered an increase in cases of covid-19 in the north region, mainly in manaus (Amazonas state), FAb worked with great effort of aircraft and personnel to support the local health system with transport of cylinders and oxygen tanks, as well as the removal of patients from manaus to several brazilian cities.

FAb also transported supplies, stretchers, electric generators, and field hospital infrastructure. Also in January 2021, the c-390 millennium and c-130 hercules aircraft were adapted to transport an equipment called iso container, which allows receiving approximately 6,000 m³ of liquid oxygen and accelerated the replacement in the capital of Amazonas. the brazilian Air Force is focused on this operation and working day to day to assist in all actions under its responsibility. As comAe is a permanently activated and centralized Joint command, its involvement is quick and assertive, thus facilitating support for brazilian society. therefore, the characteristics of the three Armed Forces, coordinated by ministry of defence, complement each other: navy, Army and Air Force act together to quickly reach the most distant locations with the necessary structure and maximizing resources.

interoperability between the branches, coordinated by the ministry of defence, is one of the main highlights of this operation, which reflects the maturity, commitment and professionalism of the brazilian Armed Forces. besides that, the military work integrated with hospitals, health professionals and many other technicians and institutions placed at the frontline in the fight against covid-19. in June of 2021, FAb reached more than 5,700 flight hours in compliance with several actions against the pandemic, resulting in the transport of more than 5,000 tonnes of cargo and more than 6,400 people - the majority being health professionals. 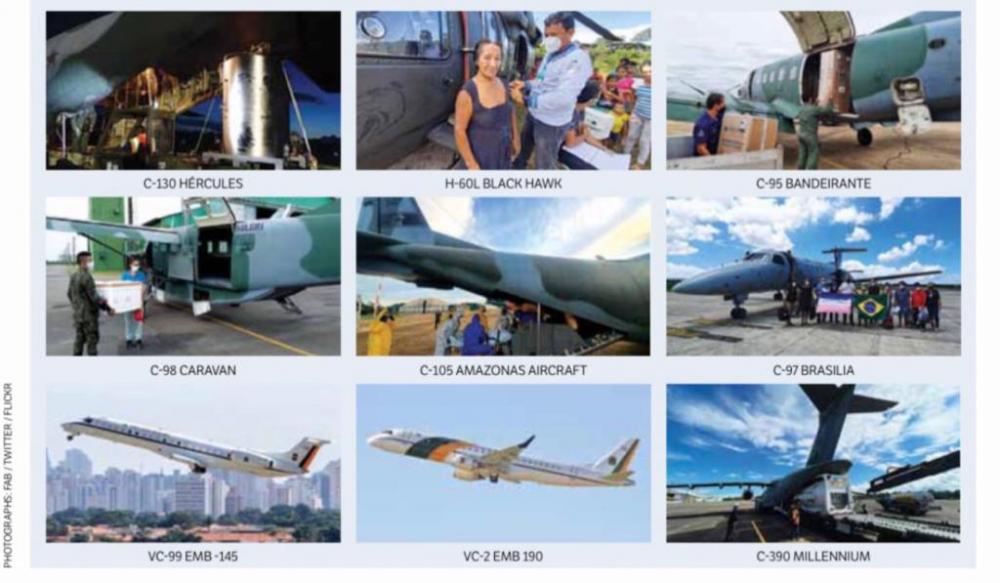 Logistic Air Transport; Transport of patients and healthcare professionals; Repatriation flights; Actions to support the citizens, such as donation of supplies and prevention campaigns.

— Information courtesy Brazilian Air Force Headquarters pivotal role in the government’s effort to contain the spread of the COVID-19 Pandemic.

The first task assigned by the Government to the Brazilian Air Force even before the outbreak of the COVID-19 Pandemic in the nation, was to participate in the planning and execution of the repatriation of the citizens of Brazil who were trapped in the Wuhan province of China due to the lockdown imposed by the Chinese government in an effort to control the spread of the Corona Virus. As operation of civil flights to China had been stopped, transport aircraft of the Brazilian Air Force was the only option available to the government of Brazil for evacuation of its stranded citizens.

PERSPECTIVE OF THE GOVERNMENT OF BRAZIL
On March 18, 2020, General Fernando Azevedo e Silva, the Minister of Defence of Brazil, formally declared that along with the Army and the Navy of Brazil, the nation’s Air Force too as well prepared to join hands in the effort to combat the COVID-19 Pandemic and was always ready to offer all its operational and logistic resources. In a briefing to the media, the Minister of Defence stated that as the nation was effectively in a state of war, the citizens of Brazil can count on the three services to be in support of the people through thick and thin. He said that all resources available with the Brazilian Aerospace Command, particularly in terms of logistics and transportation of supplies and personnel, are and would always be available for the citizens of Brazil. He went on to say that a Crisis Committee had been constituted at the Joint Operations Centre of the Ministry of Defence which will receive request for support and assistance that will be provided by the Brazilian Air Force even the remotest corner of the nation.

TASKS UNDERTAKEN BY THE BRAZILIAN AIR FORCE
The exercise to evacuate Brazilian citizens stranded in Wuhan commenced on February 04, 2020 with two Embraer 190 aircraft that were normally used for VVIP flights. These aircraft were suitably reequipped with the required medical stores and qualified personnel including biological warfare specialists who were deputed to be on board the aircraft for the task. A total of 34 citizens of Brazil who were stranded in Wuhan, were successfully evacuated in five days. On return to their homeland, the 34 returnees along with the personnel who were on board the aircraft including all the members of the crew, 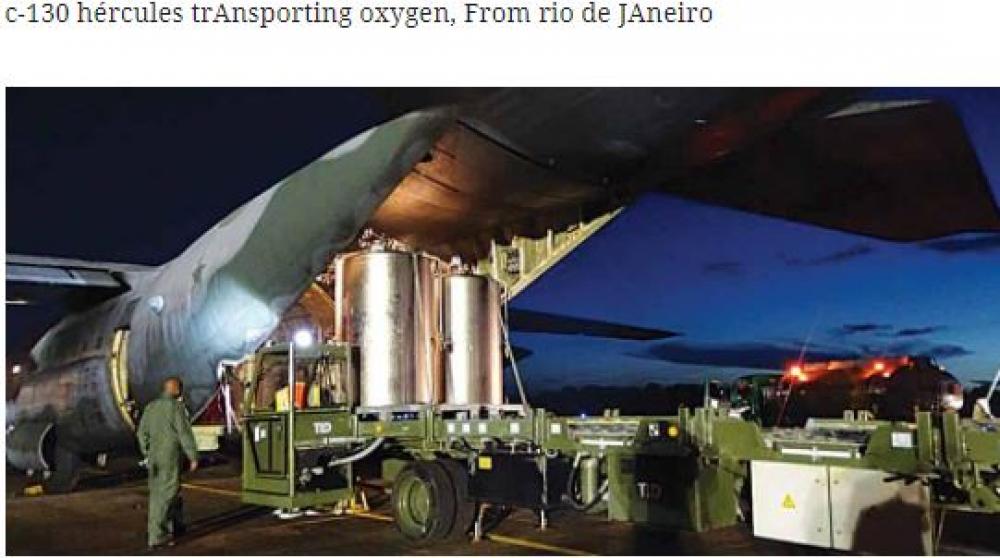 had to be quarantined for 15 days after which the returnees were flown to their respective destinations. This exercise that was carried out with a high degree of professionalism was named as Operation Return. Apart from the evacuation of personnel from Wuhan, the Brazilian Air Force flew a number of other missions for the repatriation of Brazilian citizens who were stranded in Peru and Venezuela due to the closure of land borders.

On May 4, 2020, the Logistics Support Operations Group of the Brazilian Air Force which specialises in logistics support for operations and exercises, undertook the task of preparing and distributing around 800 meals per day to selected recipients who were involved in the battle against the COVID-19 Pandemic. In January this year, when hospitals in the jungle state of Amazonas were confronted with a serious emergency when they ran out of vitally needed supply of oxygen in the face of a devastating new surge of COVID-19 patients, it was the Brazilian Air Force that came to their rescue. Transport aircraft of the Brazilian Air Force airlifted 9,300 kilograms of oxygen from São Paulo to Amazonas state capital Manaus in Northern Brazil for distribution to hospitals. This came as a much needed relief to COVID-19 infected patients who were in utter distress due to non availability of oxygen. Brazilian Air Force aircraft carried patients, doctors, medical staff and medical stores from and to various destinations as per requirements that arose from time to time. Such flights were particularly useful to and from destinations located in remote areas of the country. During the COVID-19 Pandemic, in operations beyond the routine for two months, the Brazilian Air Force flew over 500 hours transporting 250 tonnes of cargo using practically all military transport aircraft available with the service.